Can surface composition affect driver behaviour? Is being even the only characteristic that makes a good surface? What are the best practices in countries which do research on surfaces and draw conclusions from its observations? And finally, is salt the only countermeasure to snow? 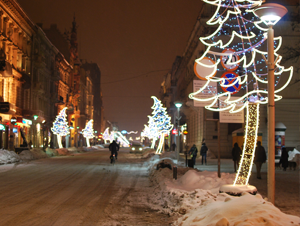 We want to look into the way we take care of the roads during winter. It is already a cliché that when winter comes to Poland, the only thing that can be done is to yell that winter has surprised the road authorities yet again and demand that everyting is sprinkled with salt. Is that a far-sighted method that has been thought through?

At the meeting we will discuss which surface composition is used to preserve the atmosphere of historic streets and which when we require drivers to slow down and drive carefully. The surface can 'give them a hint' and make it a lot easier in a way so that nobody is surprised by a newly established speed limit sign.