The Role of Local Governments

The Role of Local Governments 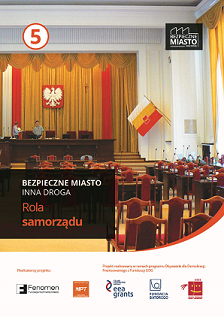 Do you like being surprised by what is being done in your neighborhood? Would you like to know who decides about the shape of the roads along which you travel to school or work every day? Some of these competences belong to the city council and some to the mayor/president.

The Role of Local Governments
In this episode of our publications we will focus on local governments. There are various levels of territorial governance and thus various competences. Once every four years we can observe a festival of election promises. Many of these promises are not within the scope of the councilors’ or president’s competences.

Decisiveness
Although a road may lie within the administrative boundaries of a given city it is not always the president’s role to decide how and when it’s going to be maintained or repaired. It may be that a particular road is administrated for example by the General Directorate for National Roads and Highways.

Councilors have no direct influence when and how a specific sidewalk will be renovated. On the other hand without their engagement in forming the city budget such a renovation may not take place at all.
Seems complicated? Sometimes one may get the impression that the candidates for councilors themselves have little idea over what they will have control.
In this issue of our guide we will try to explain which problems can be dealt with by city councilors, which by the president of Łódź and which by your very selves. This is an important matter, especially during local elections when candidates make various promises. We encourage you to choose your representatives consciously, keeping in mind that it will be up to them what kind of policy, aiming at improving road traffic safety, the city will adopt.

We encourage you to become acquainted with our publication “A different way – The role of local governments”, which is available at ISSUU.COM