Promises vs. Reality - What are the competences of councilors?

Do local elections always have to run under the banner “Nobody will give you as much as we promise”? We would like to invite you to our meeting during which we will explain what kind of promises made by candidates are possible to fulfill and in what form. 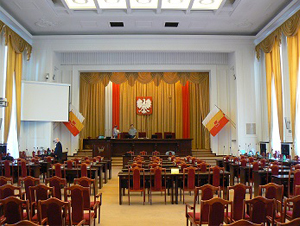 In November, due to the upcoming local elections, we are going to take a look at the candidates’ election leaflets and programmes. We will focus both on those candidates who are running for president and those who are interested in becoming councilors. Some candidates make no promises at all, others promise things over which they do not have direct influence, still others write about issues over which they have the same influence as any other resident.
This is why we would like to invite you to our meeting before the actual elections take place. During this meeting you will learn what the meaning of particular slogans, which can be found on leaflets and in the election programmes of candidates, is. We will also explain whether (and how) the president or the councilors can do anything in order to improve road traffic safety. The meeting will take place on the 12th of November 2014 in the “Niebostan” club-café (Piotrkowska Street no. 17); the meeting starts at 6pm.